Price includes transportation from Yerevan and the services of a guide. Does not include admission tickets: 12€ per person.

The observatory was founded in 1946y. by efforts of famous Armenian scientist Viktor Hambartsumyan. Numerous observations and discoveries were made here. Pioneering works of V. Hambartsumyan and his staff were revolutionary for that period. Today it is the regional center of astronomy and one of the top places by organizing international meetings.

Amberd fortress was built from 7 to 13cc. It is one of the biggest fortresses and one of the high-mountain attractions of Armenia. Located at 2300m on the slope of Aragats mountain.

Lake Kari or Kari Lich (stone lake) located on the slope of Aragats Mountain, under the South Peak, at the altitude of 3207m. 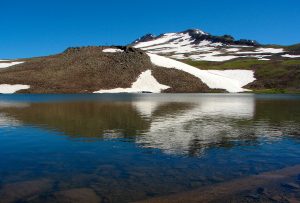 Tegher monastery was founded in 13c. Located on the slope of Aragats Mountain, at the altitude of 1700m. It’s one of the most important monasteries of medieval Armenia. At the monastery, you will enjoy a beautiful view of Aragatsotn valley and Ararat mountain.

Arshakid king dynasty was one of 4 glorious dynasties of Armenian Kingdom. Aghdzk (Aghdsk) mausoleum was built in 4-5cc. and hold royal remains.

Oshakan Cathedral was built in the burial place of Saint Mesrop Mashtots, the creator of the Armenian alphabet (405y.). Inside the church, you can visit the tomb of St. Mashtots. In the courtyard of the church, there are beautiful 36 khachkars (cross-stones) in the form of Armenian letters.