Price includes transportation from Yerevan and the services of a guide. In the period from mid-June to September, it is possible to swim in Sevan Lake.

Sevan lake is one of the main symbols of Armenia even added to the national emblem of the country. Located at an altitude of 1900m. It is one of the biggest high-mountain lakes in the world. The surface is 1,242 km2, taking 4% of republic’s territory, the depth in 75m. Because of cold weather conditions, the swimming season is only 4 months from June to September. You will enjoy beautiful view visiting Sevanavank monastery and walking 200m to the peak of the peninsula.

Sevanavank was founded in 305y. by Gregory the Illuminator. However, today’s buildings were built in 9c.. Located in Akhtamar peninsula of Lake Sevan. That peninsula was an island in the past and became peninsula only in 20c. From that place, you will enjoy a beautiful view of the lake.

Dilijan National Park is one of the greenest areas of Armenia. You will not only enjoy fascinating views of mountains covered with forest but also visit hidden treasures of the park. 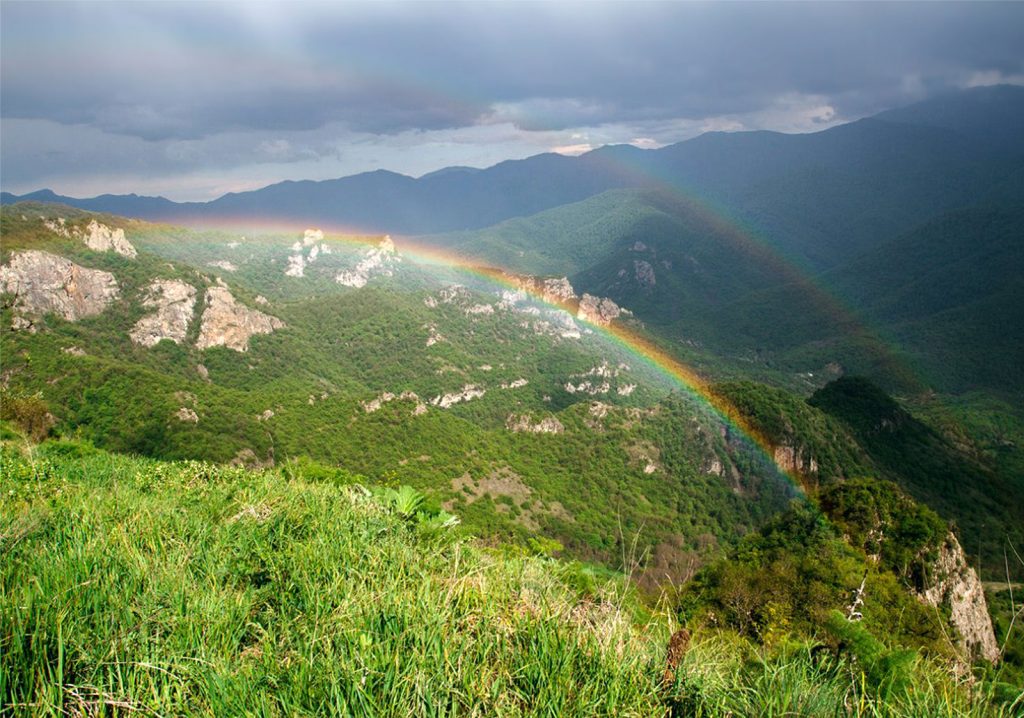 Haghartsin monastery is built from 10 to 13cc. Located in Dilijan National Park. It is one of the important spiritual centers of medieval Armenia. There are tombs of two great Armenian kings from Bagratids dynasty.